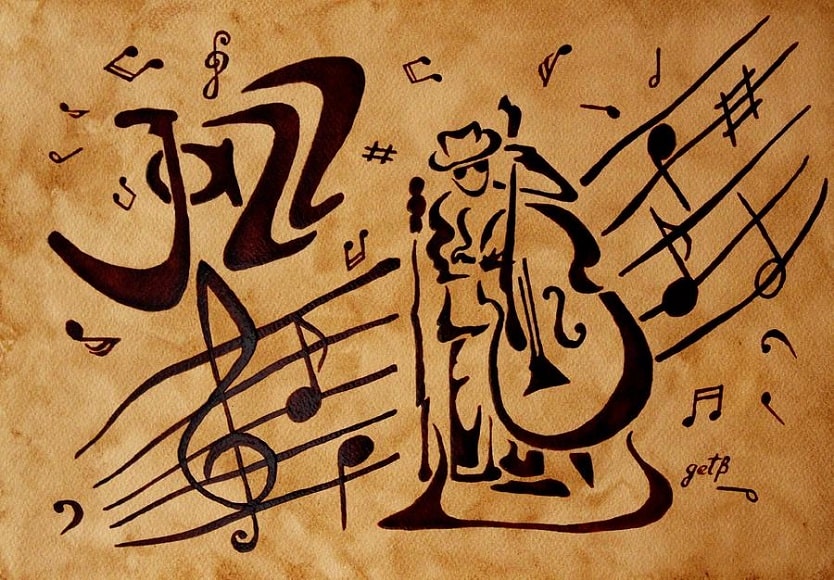 Jazz fans will know that a defining characteristic of the genre – whose greats include Miles Davis, John Coltrane and Charles Mingus – are the spontaneous “musical conversations” that spark up when members of a jazz band improvise.

This improvisation bears similarity to human speech, with the players often taking it in turns to trade lines that build up into a dialogue.

Now, researchers at Johns Hopkins University in Baltimore, MD, have found that the brain interprets music and language in a similar way, by scanning the brains of improvising jazz musicians.

Eleven “highly proficient” jazz piano players, who were aged 25-26 and were all male, were recruited by the Johns Hopkins researchers.

Each musician would spend 10 minutes inside a magnetic resonance imaging (MRI) machine while engaged in a musical improvisation. The researchers would then analyze the MRI scans to see which brain areas were activated during the improvisation.

“Until now, studies of how the brain processes auditory communication between two individuals have been done only in the context of spoken language,” says Dr. Charles Limb, the senior author of the study, which is published in the journal PLOS ONE.

“But looking at jazz lets us investigate the neurological basis of interactive, musical communication as it occurs outside of spoken language.”

‘Trading fours’
The kind of improvisations in the study involve several musicians passing musical ideas back and forth and are known as “trading fours,” due to each improvised idea lasting for 4 bars. In each exchange, typically the musicians will introduce spontaneous new melodies in response to each other’s musical ideas.
While improvising, the brain areas linked to syntax and language processing were activated.

The musician in the MRI machine would play on a specially designed plastic piano keyboard (containing no metal that would interfere with the MRI scan) while lying on his back, with mirrors placed inside the machine so the player could see where his fingers were placed on the keyboard.

Analyzing the results of the MRI scans, Dr. Limb and colleagues found that – while improvising – the areas of the musicians’ brains linked to syntax and language processing were activated. These areas are called “the inferior frontal gyrus” and “the posterior superior temporal gyrus.”

Interestingly, “the angular gyrus” and “the supra marginal gyrus” – areas of the brain involved in semantic processing – became deactivated during the improvisation sessions.

Brain interprets music as syntax rather than semantics
This suggests that the regions of the brain responsible for processing syntax are not just limited to spoken language. Instead, Dr. Limb argues, the brain uses its syntactic regions to process communication in general – whether that communication is through spoken language or music.

“We’ve shown in this study that there is a fundamental difference between how meaning is processed by the brain for music and language,” says Dr. Limb, who is a keen musician himself. “Specifically, it’s syntactic and not semantic processing that is key to this type of musical communication. Meanwhile, conventional notions of semantics may not apply to musical processing by the brain.”

“When two jazz musicians seem lost in thought while trading fours, they aren’t simply waiting for their turn to play. Instead, they are using the syntactic areas of their brain to process what they are hearing so they can respond by playing a new series of notes that hasn’t previously been composed or practiced.”

In 2012, Medical News Today reported on a study that used music to challenge established theories on right- and left-brain functions.